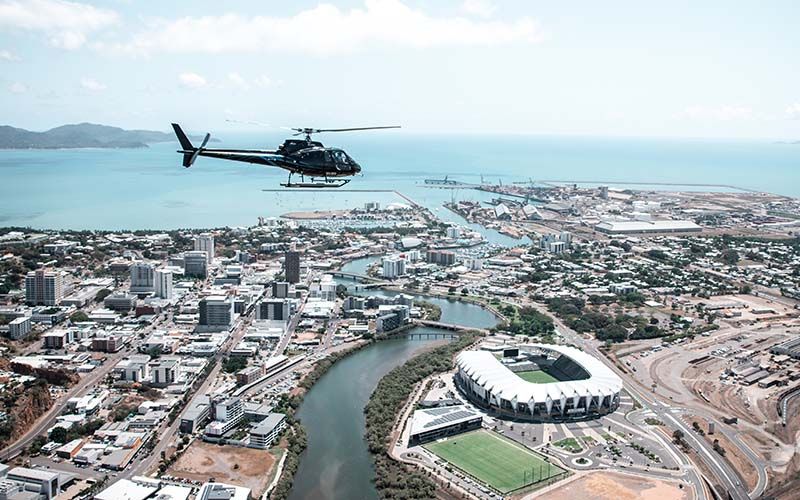 Townsville is a coastal city in northeastern Queensland, Australia home to one of the country’s largest army barracks. Long known as a military base, the Townsville region has grown over the years into one of the largest urban centres north of the Sunshine Coast. With many attractions including the iconic Strand esplanade, with its popular pier and water park. The Reef HQ Aquarium has marine life and coral from the Great Barrier Reef, plus a sea turtle hospital. A short distance offshore, is Magnetic Island with is coral reefs and a national park full of wildlife. Southeast of the city, the Billabong Sanctuary wildlife park is home to koalas, wombats and crocodiles.

By Aeroplane | By Seaplane | By Helicopter| By Balloon